CPU-intensive operations have a major impact on Node.js applications stability and response timings. Server-side rendering is exactly such a main CPU-intensive task in the tramvai applications. SSR mainly consists of rendering React application to HTML string and in a smaller degree global store initial state serialization, and both of this operations are synhronious.

For the most part, it is the rendering time to HTML string that limits the throughput of our application, the actual RPS and directly affects the response timings. Because of that, it is very important to perform load testing and profiling of rendering bottlenecks of our SSR applications. This guide will be focused on profiling, for load testing you can use such a great tools as autocannon and k6.

To debug the production version of the application, the tramvai start-prod <appName> command with the --debug flag is used.

You will see a tab with connected application: 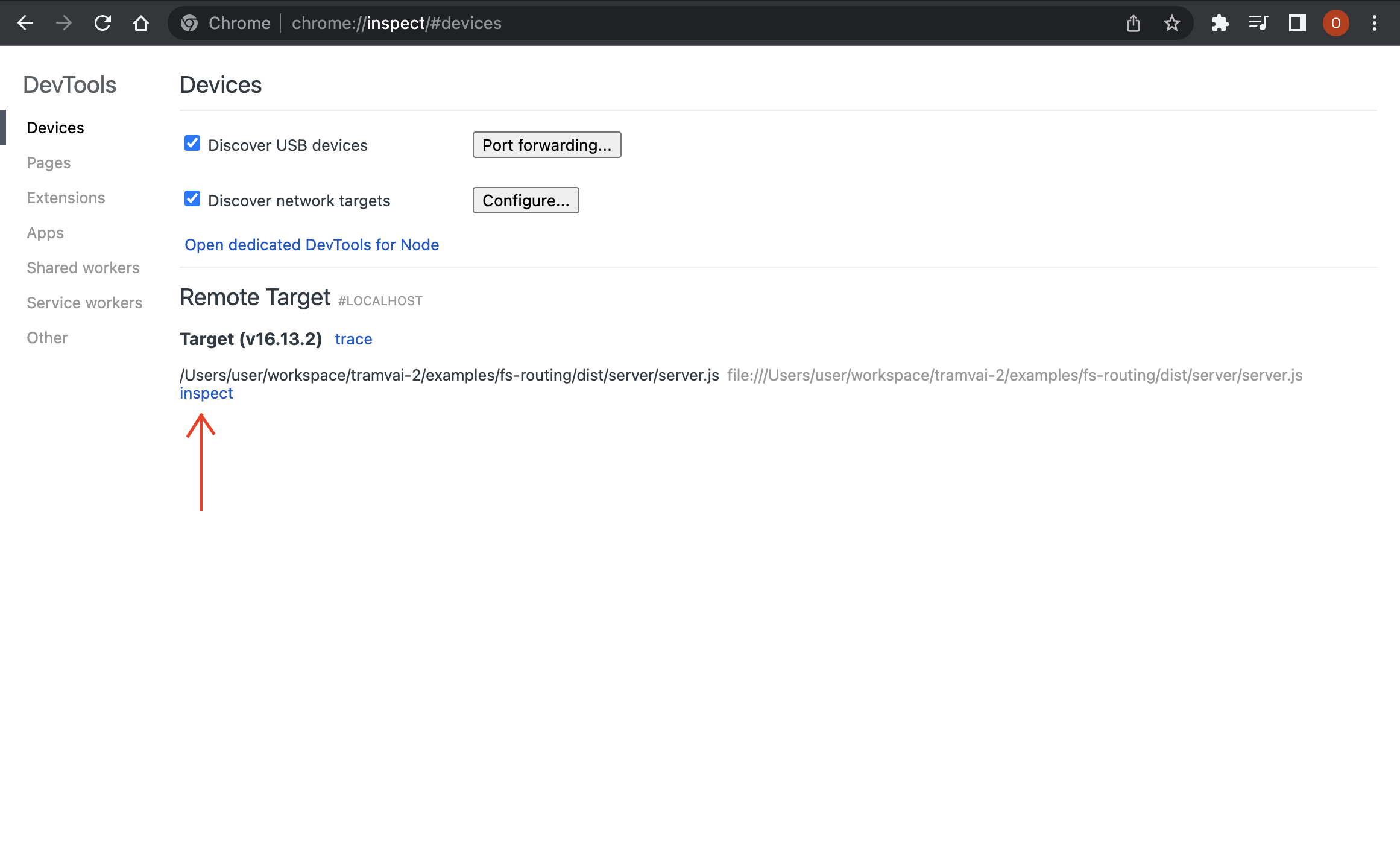 The DevTools tab will open: 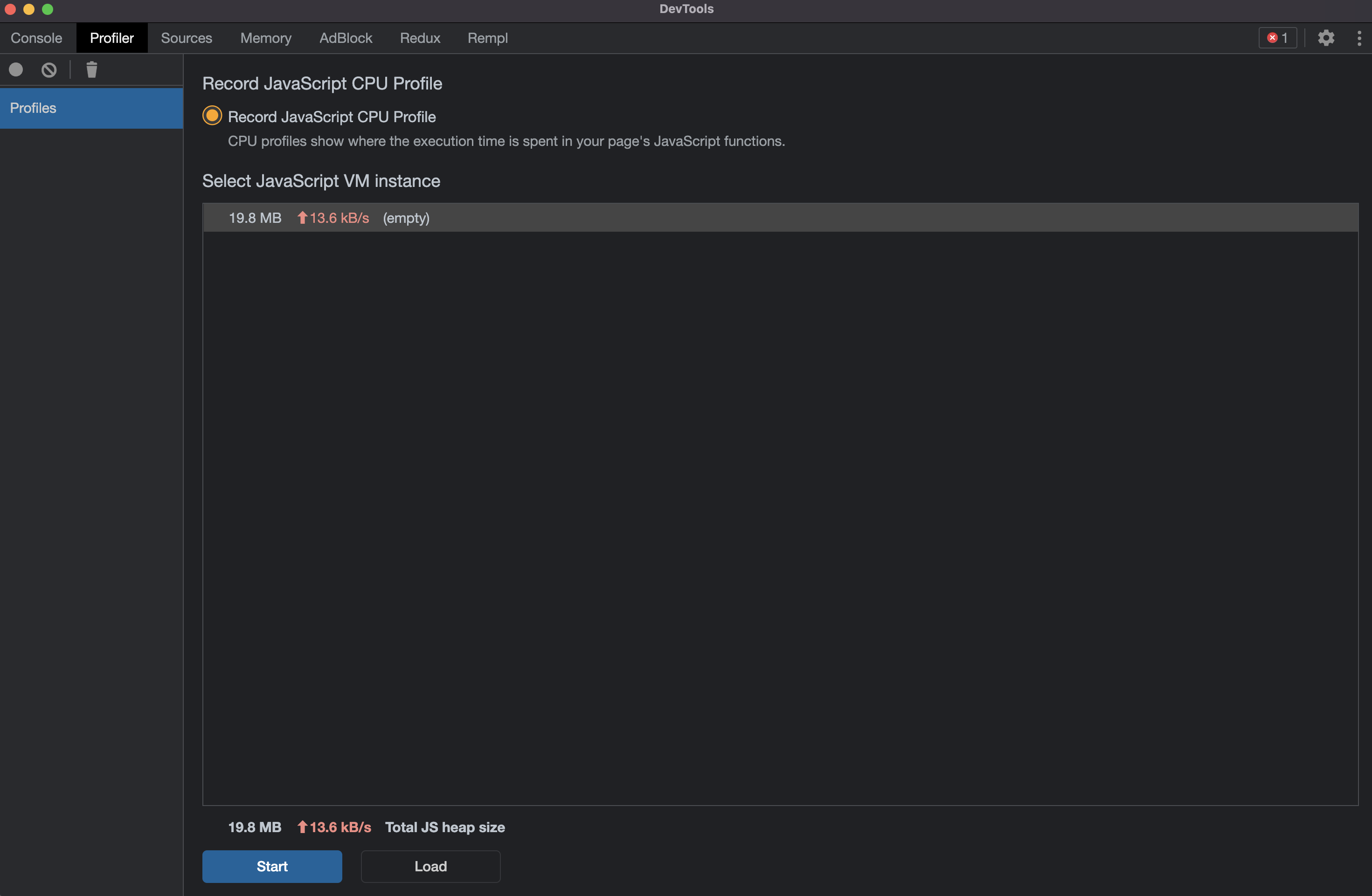 After all steps, you will see a Chart with this requests: 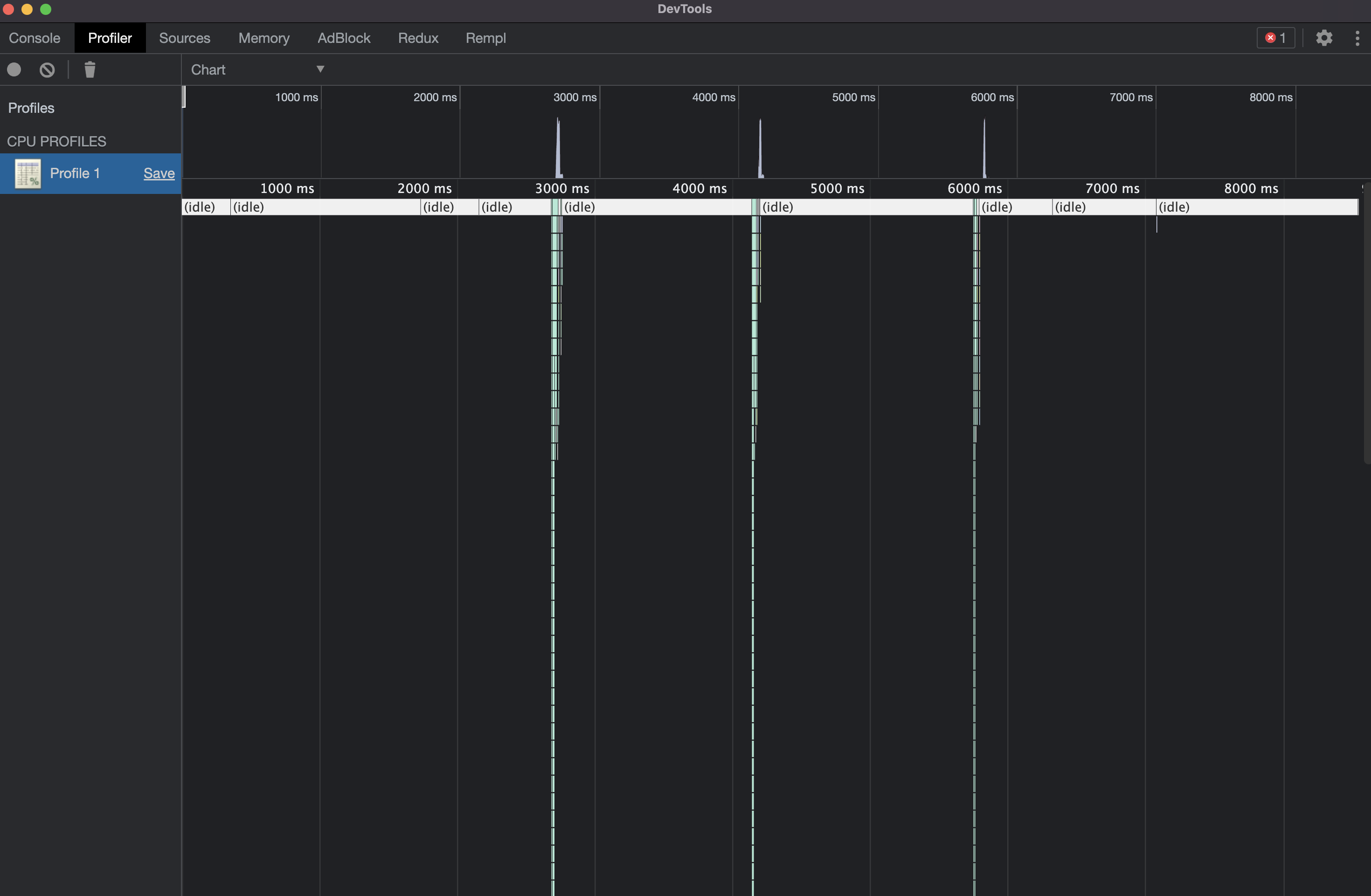 On a Chart diagramm you can easily find heaviest functions calls. In our example, we have synthetically created a heavy React component, the rendering time of which took 30ms: 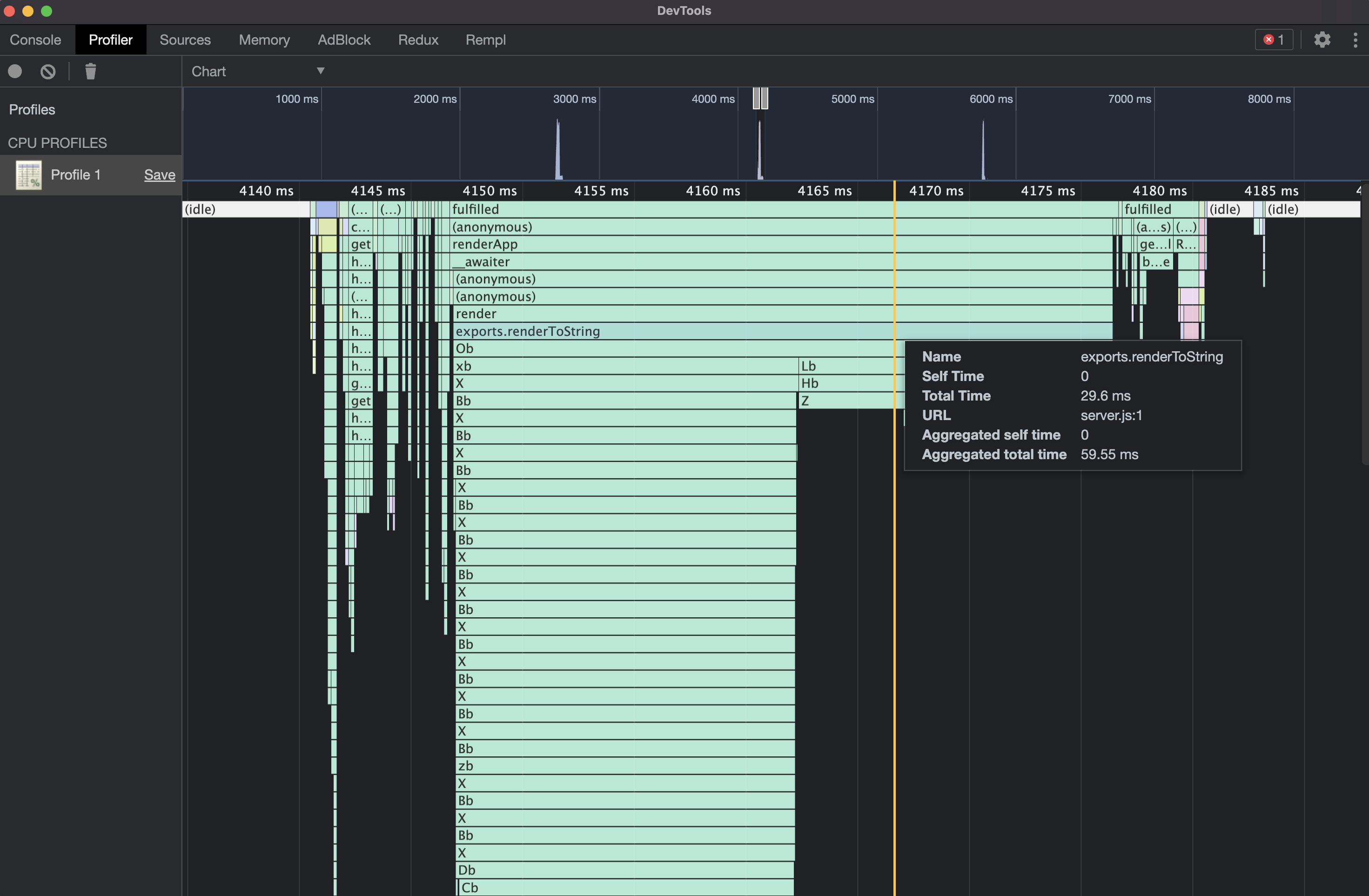 This is a really CPU-heavy task, and it's also likely to be much larger in your application than all the other tasks, called per single request.

We recommend paying attention to all tasks that run for more than a few milliseconds. Such tasks can be easily found in the Heavy table by looking at the Self Time column: 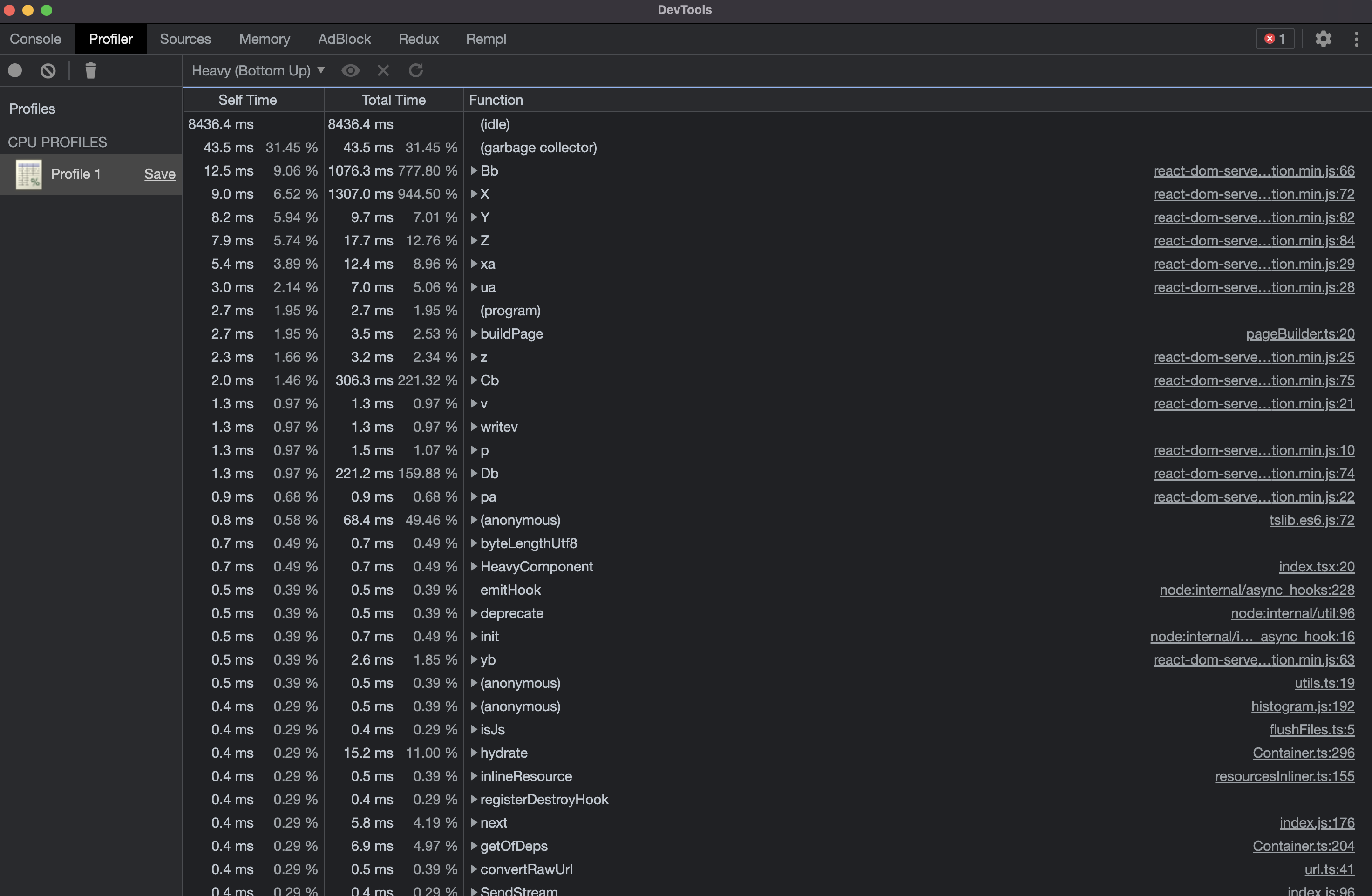 In this example, you can find a lot of internal React work, and one internal tramvai method call, larger than 2ms - buildPage. In the real application, you will definitely see a safeStringify method dehydrate near by, responsible for initial state serialization. 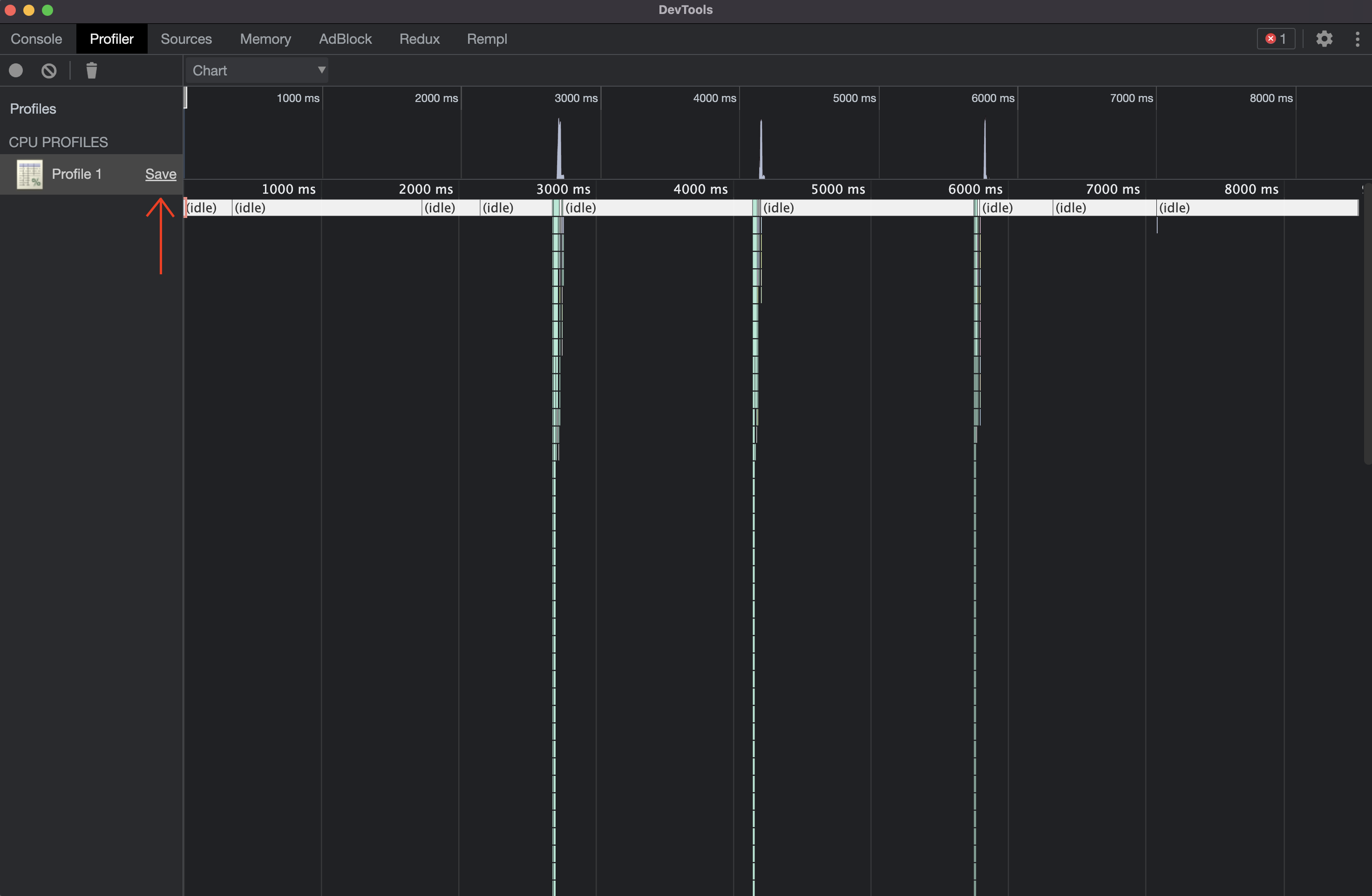 ⌛ Pack the report in the archive, because it can be very heavy

In this guide we learned the basics of profiling tramvai applications. Each application has its own peculiarities, profiling different pages will give different results. It is important to understand what workloads your application is handling, what response timings you might consider good from the user's point of view, and to profile the rendering performance regularly. Every millisecond saved will have a positive impact on server health under continuous high loads.